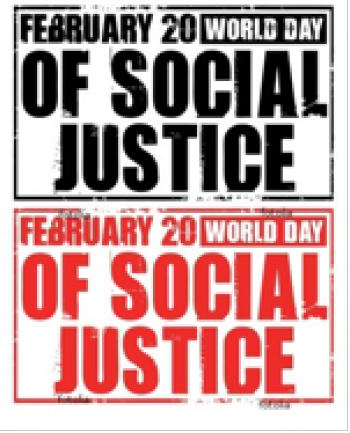 Spring is a comin'! I can feel it, I can feel it!
Did you know that yesterday was a World Day of Social Justice? The United Nations has recognized January 20th as day to promote efforts to ameliorate poverty and lessen disparities in our world. I did not know that such a thing existed. While I am proud that we have designated a day to become more aware of social injustice, I am disappointed that it is not a widely celebrated day.

Still, our chapter celebrated it and now all our members know of the day! woot! We filled out a slogan, "This year, I am fighting for _________." This exercise was simple and short, but it got me started to think about the various social injustice around me. The simple act of thinking, "what AM I fighting for!?" was inspring and motivating.

One step at a time,

Sera
Posted by GlobeMed at Brown University at 3:28 PM